Some 50% of UK-based travel managers anticipate increased business travel in 2017, according to a survey which polled nearly 1,000 bosses from two dozen countries towards the end of 2016, between August and October.

The poll also found that nearly 75% of American travel managers expect a greater number of trips for work in 2017, while for India-based bosses the figure was 60%, down mainly to growing export volumes and an economy that is currently performing well.

Globally, one in three travel managers expects to see more business travel in 2017, a slight increase year-on-year. What’s more, over half, or 54%, do not expect business travel volumes to drop from 2016, but to remain broadly the same. So even those countries which do not think they will see major growth do not expect to see a significant dip in journeys made for work.

It was a similar story when AirPlus spoke to more than 2,250 business travellers, one in three of whom said they anticipated making more trips in the New Year than they did in 2016, while more than half said they would probably be making a similar number of journeys over the next year.

Clearly, the overall impact Brexit will have remains unclear for many, however, the survey found that around 50% of British travel managers expected a positive rather than negative impact on travel for business, and in terms of travel frequency.

Equally, more than half said they would be spending more on travel in the next year. The low rate of the pound makes exporting cheaper, and so overseas business acquisition is growing in appeal, the report pointed out.

All of this means that, at the Carrus Group, we’re looking forward to a busy and successful 2017.

Contact us for an informal discussion about any of our services, from airport and cruise port transfers to chauffeurs to event transport, corporate travel, sightseeing and more. Get in touch and ask us for a callback today.

Three Reasons Why You Shouldn’t Drive Yourself To A Wedding

Make the Most of Rush Hour with a Chauffeur-Driven Car

The Problem with Driving Yourself to a Business Meeting

Executive Chauffeurs: Are You Worth It?

Ready to ride with us ? 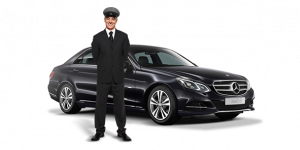 Carrus Chauffeurs is a Chauffeur Company in London that specialises luxury transportation for you, your business or your clients.

Book Now
Chat with us